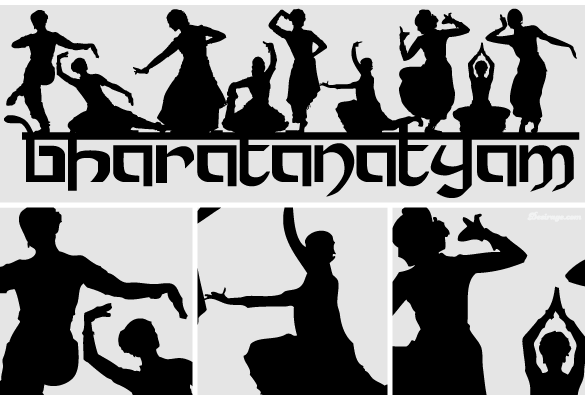 Bharatanatyam is the most widely known and exalted of the classical Indian dances. Although it has been traditionally associated with Tamil Nadu, it now has a strong presence throughout India. Even outside of India, the majority of schools that teach Indian dance, teach this style.

The history of Bharatanatyam is interesting. The genre of Bharatanatyam was developed by amalgamating a number of elements from the earlier forms of Dassi Attam and Sadr. Dassi Attam was a dance form of the Deva Dassis (temple dancing girls) while Sadr was a form found in the palaces of southern India. A number of people contributed to the development of Bharatanatyam, but the most notable was E. Krishna Iyer of Madras (Chennai). This was in the 1930’s.

It is difficult to determine the age of Bharatanatyam; this is due to the evolving nature of Indian dance. Although Bharatanatyam evolved from Sadr and Dassi Attam, there are differences. If one feels that Bharatanatyam is different enough to be considered a distinct genre, then we may safely say that it is only about 70 years old. On the other hand, if we consider the differences to be insignificant, then we may push the age back several hundred years. However, the careless manner in which many artists date Bharatanatyam back to the Natya Shastra is absolutely preposterous. The cumulative changes that have occurred over the last 2000 years make such statements totally insupportable.

There are a number of musicians and instrumentalist who provide the musical accompaniment. Typically

there is one or more vocalist, a person reciting the dance syllables, and a mridangam. Additionally, one usually finds violin, vina (saraswati vina), or venu (bamboo flute). There is also a thallam (manjira) which is usually played by the person reciting the dance syllables. The overall style of the Bharatanatyam musical accompaniment is not unlike other Carnatic performances.

All of the traditional elements of classical dance are present in Bharatanatyam. The mudras (hand positions), abhinaya (facial expressions), and padams (narrative dances) form the basis for the performance.

There are a number of well defined of items. Alarippu is a traditional invocation. Jatis are strict compositions based upon the different time-signatures. Another piece is the Sabdam; this is an interpretative narrative, usually performed in seven beats. Another form is the Varanam; these are elaborate descriptions of the nature of God. Another piece which is usually performed toward the end of the performance is the Tillana; this is a purely abstract form devoid of narrative. The performance ends with a Mangalam; this is a short Shloka in praise of God.